Roma Education in 2013: Time for Europe to Remedy its Democratic Deficit

Roma Education in 2013: Time for Europe to Remedy its Democratic Deficit 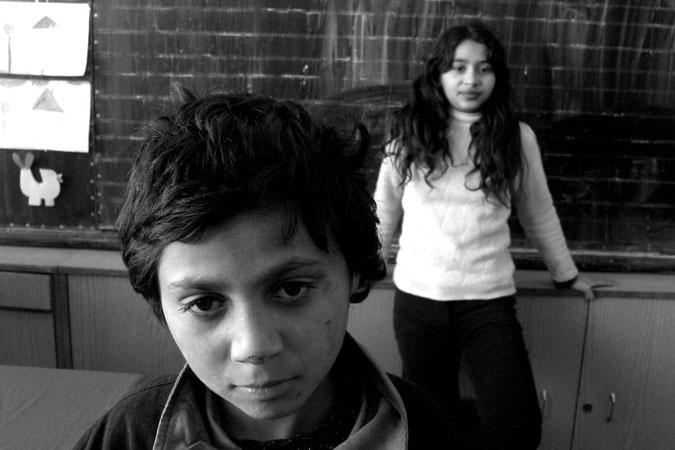 The European Union’s National Roma Integration Strategies hold little prospect for change when it comes to quality inclusive education for hundreds of thousands of Roma children across Europe. When it comes to education, children don’t have years to wait until reforms have an impact. Immediate action is needed, and the European Union should create an emergency Roma education fund to remedy the continent’s shameful democratic deficit.

2013 is the European Year of Citizens, dedicated to the rights that come with EU citizenship. The European Commission wants to know what kind of Europe citizens want to see in 2020. While the focus is on EU citizens “in cross-border situations,” there are basic fundamental human rights issues that need to be addressed within Member States, issues more pressing than the cheaper roaming charges and easier online shopping celebrated by Commissioner Reding.

Despite the Commission’s optimism concerning progress on Roma integration in 2012; and despite the commitment to keep the Framework on track by dedicated personnel driving its Roma task-force, the situation in Member States remains grim. The bottom line in education is that Roma children across Europe continue to face racial discrimination and segregation.

While Europe dithers and deliberates over what needs to be done, days, months, and years simply slip by in the lives of hundreds of thousands of Roma children. Every day a child spends wrongly placed in a special school, or consigned to a run-down shabby segregated school, is a day lost forever. Every day a child is denied the care and attention that should come with the fundamental right to quality education, is a day of squandered potential. And every year, new groups of Roma children are enrolled into systems structured to fail them; systems structured to deny them equal opportunities in a manner that will blight their life chances forever.

The failure of Member States to adopt an integrated approach to inclusive education to close the gap between Roma children and their peers is simply unacceptable and flies in the face of “European values.” The education components of the National Integration Strategies lack what it takes to make a difference: Vague intent needs to be bolstered by concrete targets and timelines, allocated budgets, disaggregated data that allows for “robust monitoring” of progress, and resolute action to combat racism and discrimination.

The stubborn failure by Member States to remedy one of Europe’s most glaring democratic deficits is not just an abuse of human rights, but in policy terms a calamity that will cost Europe dearly in the future.

Two years ago, the Commission stated that “Member States do not properly use EU money for the purpose of effective social and economic integration of Roma.” The Commission offered its assistance to help Member States to surmount capacity issues in their use of EU funds, to address new needs, simplify delivery, and speed up implementation. Member States have yet to take up the Commission on its offer. The newer Member States seem content to remain incompetent when it comes to use of EU funds for Roma integration, and stubbornly indifferent with regards to inclusion and equity in education. Beyond the rhetoric, there is little political appetite for the kind of systemic policy reform needed to break with old habits of segregation and discrimination.

For example, five years after the European Court of Human Rights condemned as illegal the Czech Republic’s disproportionate assignment of Roma to special schools, little has changed. According to the findings of the Czech Public Defender of Rights, Roma remain ten times more likely to be assigned to inferior educational facilities than others. In response to the wave of international criticism that followed the fifth anniversary of the court’s judgment, the government made some vague promises concerning compliance. Within days, teachers from the so-called “practical schools” had gathered tens of thousands of signatures in a petition to protest against any possible future moves to close these segregated schools. The response was to urge these teachers not to panic, as central government has no authority to close the practical schools, and anyway the government’s intent is simply to “transform” them.

“What startled me most of all was the unbelievable aggression, the hateful speeches, and the openly racist positions occupied at certain points by the loudest participants, male and female, from the special schools. These are the same people who meet disadvantaged Romani children and their parents every day. They are the very people who educate those children.”

Needless to say, it’s not just the Czech Republic. A recent World Bank report states that “special school attendance in Slovakia is on the increase and so is school segregation.” It is estimated that in the space of a generation, the attendance rate of Roma at special schools has more or less doubled in Slovakia. It is internationally recognized that early childhood interventions are crucial to success in primary and secondary education, yet in Slovakia only 28 percent of Roma children aged 3 to 6 attend preschool.

Such abject policy failures are not beyond remedy. There is no shortage of precise policy recommendations backed by authoritative research and good practice. Since 2005, the Roma Education Fund (REF) has provided support to thousands of children and young people in education, from pre-school to post-graduate studies; REF has built sustainable partnerships with school authorities, civil society, and parents; and produced a significant volume of evidence-based policy research about what it takes to do the right thing. REF interventions have shown that change is possible, and REF partnerships have shown how to nurture the political will and consensus needed to deliver quality inclusive education to Roma children.

However, to have a systemic impact across Europe, such interventions would need to be scaled up one-hundred-fold. EU funds could be harnessed for change, but to date have yielded little in terms of sustainable impact on Roma inclusion. The forthcoming 2014–20 round of EU funding will bring much needed improvements. But reforms will take years to have any impact. When it comes to educational opportunities, these will be lost years for hundreds of thousands of disadvantaged children. Europe cannot afford a lost generation. Immediate action is needed.

The EU could make 2013 the year to pursue justice for its youngest and most excluded citizens in terms of quality integrated education. A first step would be to create an emergency Roma education fund to scale-up existing efforts, replicate good practice and serve as a catalyst for the kind of change Europe needs to see by 2020.