Open Heroines — Because We’re Worth It!

Open Heroines — Because We’re Worth It!

The blog was originally published at www.openheroines.org.

It’s been three and a half years since a group of amazing women decided to create Open Heroines — a platform for every woman working in the #OpenData, #OpenGov, and #CivicTech communities. And it’s been four months (shame on me) since I found out I was the recipient of a travel grant that would allow me to participate in #IODC18 and get to know this amazing community. Christmas in September! Woohoo! And under the tree there was the fact that I would have the great experience of working in the name of diversity — not only gender diversity but also diversity related to colours, occupations, and data itself — everything we kind of miss in the Czech Republic.

It was a great opportunity to come to the table, and not only learn from those sharing best (and worst) practices in data, but also have discussions with them. Doing so made me realize just how much we take for granted in the Czech Republic, and at the same time, just how much work we still have to do. However, I came home from Buenos Aires with more new questions than answers, the most important of which were:

Who exactly are we opening data for? And why are we still not opening it for women? 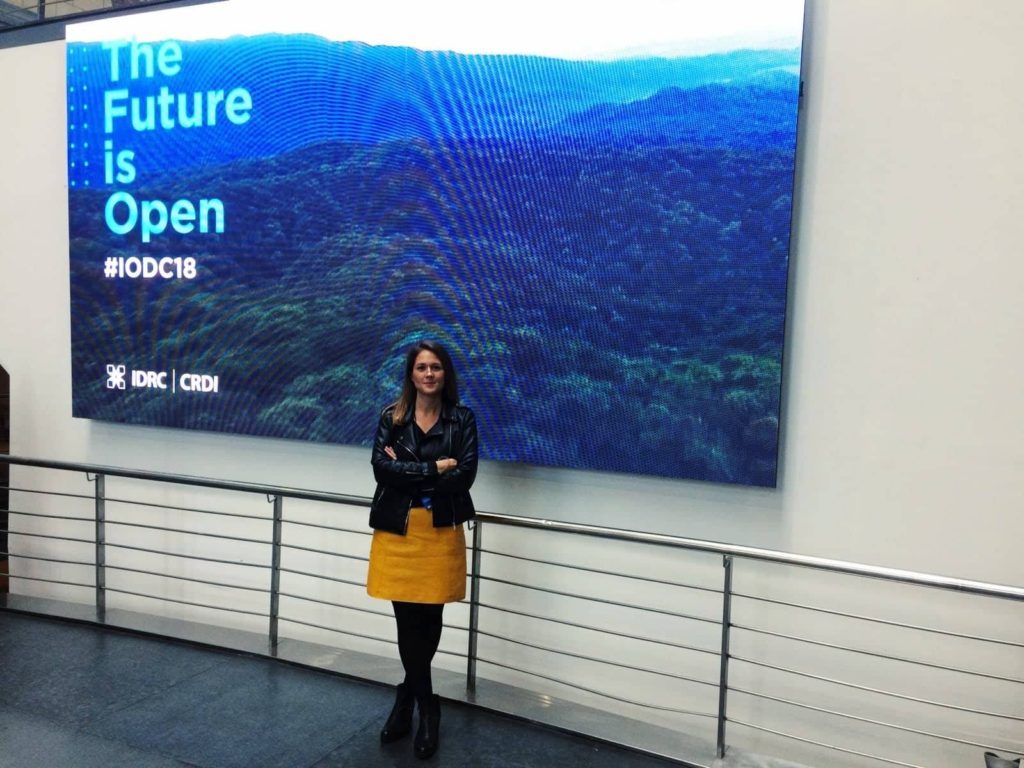 One of the speakers at #IODC18, Emma Prest from DataKind UK, said that the world is becoming more complex and therefore, we have to have a complex view of the world. So, I am left wondering — why are we still lacking a real focus on making women — who constitute half of the population — become part of the world we want to understand? Most available data is not gender disaggregated, and there’s a lack of data dedicated to issues that focus on women, such as women’s empowerment, unpaid work, healthcare, vulnerable groups, etc. If we did collect — and use — all of this this data, we could not only find better, more effective solutions, but we would be able to learn the real sources of the problem.

So what’s the issue, and why haven’t we focused on this yet? #IODC18 put forward many examples of how much you can achieve and change when you actually collaborate with the government. However, there are a few “buts” to this claim. Let me illustrate this with one example from the Czech Republic.

It’s been a few years since Jarmila Hnilicova, biologist, woman, mother, and current activist tried to open data about childbirths in Czech hospitals. Sounds easy, right? Unfortunately, it was not as smooth as one might think. Although the Ministry of Health has repeatedly claimed that the Czech Republic has one of the world’s most advanced healthcare systems, for years it has prevented the publication of data on gynaecological and obstetric care that are not anonymous — not related to specific names of hospitals. The problem is that, according to anonymous data, the differences in maternal and neonatal health outcomes between Czech hospitals are enormous. In some hospitals, only 8% of women leave without vaginal injury, while in others, the number is 80%. Therefore, future mothers or fathers are not able to make informed choices about healthcare and do not even receive the most basic information about care in maternity hospitals.

We know this because similar data were published a few years ago, but because of pressure from maternity hospitals and insurance companies, data were withdrawn. The reason? The number of women interested in health care in facilities with a high percentage of birth interventions decreased. (Who would have guessed, right?) At #IODC18, we talked about how if you combine civil society actors, government, and technology, an amazing societal change can happen.

But what happens when there’s no government that’s willing to collaborate with you? And what do you do if the data you’re trying to open doesn’t match political priorities?

This realization requires a call to action — it’s up to us, Open Heroines, to spread the message. It’s not going to be easy. There are only a few of us women in the Czech data community, and the combination of women and technology is still somehow not a common thing here. According to the Women in Tech Index, the percentage of women working in the Czech information and communication technology sector out of the overall labour force is only 11%, even though women account for almost 45% of the workforce in the economy. Moreover, the pay gap in technology is about 32.5%. That’s not really an environment where more and more women will/can become knowledgeable on the power of technology and data literacy.

Data can strongly shape policies, change funding strategies, and influence public discourse. To be successful, we “simply” have to learn how to communicate the value of connecting data, openness, technology, and participation to stakeholders and citizens, so that we can build a stable system of constituencies. Until we are able to collaborate openly among all of these groups, we won’t be able to close the gap in gender data, make informed choices, or ultimately have a healthier society.

The future is open. Let’s make it open for everyone. Because we’re worth it. All of us.